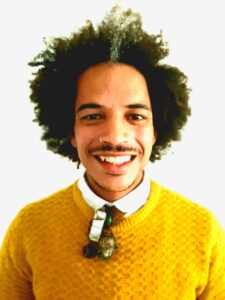 Stephen Diaz, South African born, moved to Auckland at the age of 15. He studied for six years with Frances Wilson at the Auckland Opera Studio, after studying at the University of Auckland, taught by Morag Atchison. For the past three years he has been studying with Ira Siff in the Netherlands. Between 2010-2012 he was a PwC Dame Malvina Emerging artist with NZO, attended New Zealand Opera School 3 times, was first runner up in the Lexus Song Quest, won the New Zealand Aria competition. Throughout the rest of his years studying and learning in New Zealand, he performed as a soloist with the APO, Orchestra Wellington, Bach Musica, Dayd Bay Opera, Auckland Chamber Choir, The Scholars Pro Musica Chamber Choir and many musical associations. In 2016 he started work on Requiem Pour L. by Fabrizio Cassol and Alain Platel which had him engaged until the end of 2019.