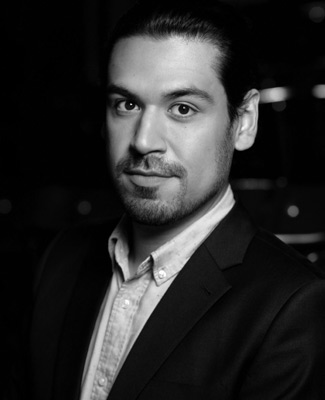 Mexican-American bass-baritone, Richard Ollarsaba, praised by The Washington Post for his “meltingly smooth bass-baritone” and for “evoking a young Ruggero Raimondi in looks and manner,” represented the USA in the 2019 BBC Cardiff Singer of the World competition, was a member of the prestigious Ryan Opera Center at Lyric Opera of Chicago for three seasons and a grand finalist in the 2013 Metropolitan Opera National Council Auditions. Last season, he returned to Piedmont Opera for his role debut as Colline in La bohème and North Carolina Opera as Escamillo in Carmen, a role he reprised in his debut with Annapolis Opera. He also debuted with Opera Hong Kong in the title of role of Don Giovanni and Bar Harbor Music Festival as Escamillo in Carmen. The 2019-2020 season sees a reprise of his Escamillo in Carmen with Kentucky Opera, Handel’s Messiah with the Phoenix Symphony, Pulcinella with The Dallas Opera, and his anticipated debut with New Zealand Opera.

In recent seasons Mr. Ollarsaba returned to Minnesota Opera in the title role in Mozart’s Le nozze di Figaro, debuted with Virginia Opera in Lucia di Lammermoor as Raimondo, performed the role of Pistola in Falstaff, both in his debut with Opera Omaha and Intermountain Opera Bozeman, and returned to Wolf Trap Opera where he scored a triumph as Asdrubale in Rossini’s La pietra del paragone in addition to performances as Angelotti in Tosca and as Luciano in Musto’s Bastianello.