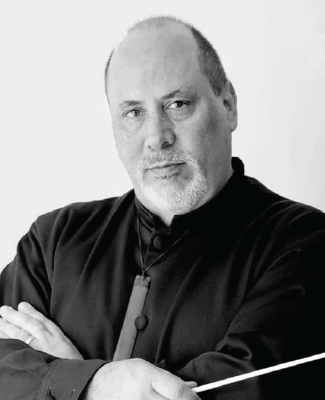 Ravil Atlas is well known as a vocal coach, pedagogue, and teacher, stage, choral, and musical director. He is the chorus master for the CSO Symphonic Chorus and New Zealand Opera, and Artistic Director for the Atlas Voices Ensemble.

Having originally been trained as an actor and then orchestral conductor, Ravil enjoyed a long career as an opera and musical theatre soloist starring in more than 70 productions world wide, including long runs in Broadway productions of Les Miserables and The Phantom of the Opera. He began his career as a member of the Grammy award winning vocal ensemble Chanticleer and ended it at Teatro all Scala in Milan, Italy in 2007.

Ravil received a Master’s Degree in Vocal Performance from San Jose State University in California and acting training at the American Conservatory Theatre and Academy of the Sword in San Francisco. He is currently finishing a PhD in Education (one of his passions) at the University of Otago specialising in singing biofeedback. His early conducting training included work with Dr. Charleen Archibeque, Dr. Dennis DeCouteau, and Paul Salumonoivch. He has had the privilege of working with some of the world’s greatest conductors including Daniel Barenboim, Ricardo Chailly, Ricardo Muti, and Robert Shaw.
Ravil is the creator of the EduSing programme for primary school music education.