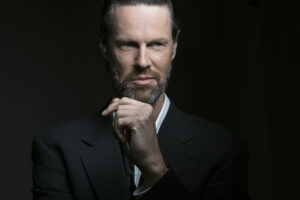 Paul Whelan begins the 2019-20 season at Théâtre des Champs-Elysées in the role of Commendatore Don Giovanni, a role he sang in the summer at Garsington Opera. The artist travels to Teatro Municipal de Santiago to sing the role of High Priest of Bel Nabucco. He then rejoins NBR Opera New Zealand for Semele (Cadmus/Somnus) and a recital followed by King Mark in Tristan and Isoldewith Opera Queensland.

Paul began last season at Opera New Orleans in the role of Timur Turandot. At Scottish opera he performed the world premiere of Stuart MacRae’s opera Anthropocene in the role of Captain Ross and stepped into the role of Dikoj Katya Kabanova. While singing Commendatore at Garsington Opera he also sang the role of Mícha The Bartered Bride. In his native New Zealand, Paul joined Christchurch Symphony Orchestra for performances of Mozart Requiem.