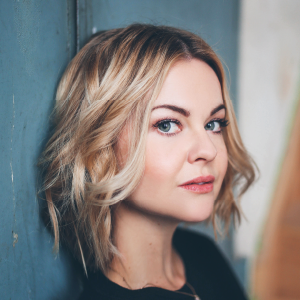 Joanna Foote holds a Master’s in Music from UCLA and a Bachelor of Music from The University of Auckland. Career highlights include Graham Vick’s production of Death in Venice at Deutsche Oper in Berlin, and Rose Maurrant in The Opera Group’s award-winning production of Kurt Weill’s Street Scene, appearing at the London Young Vic, Paris Châtelet and Barcelona Liçeu with the BBC Concert Orchestra.

Joanna earned full scholarships to attend the Chautauqua Institution Summer Academy for two consecutive summers, then going on to the finals of the McDonald’s Aria Competition at the Sydney Opera House, and winning the Otago Daily Times Aria Competition in New Zealand.

On full scholarship she attended the Solti/Te Kanawa Accadamia in Italy with tutors such as Richard Bonynge and Dame Kiri Te Kanawa. Moving to London she received a Dame Kiri Te Kanawa Foundation Grant for continued private studies, as well as a Solti Foundation Grant. She attended the Academy of French Song and Opera in Toulouse, was a finalist in the Kathleen Ferrier Award at Wigmore Hall, and is a Samling Scholar.

Joanna has a varied career and enjoys singing diverse repertoire. She creates recitals often in her home country New Zealand, and enjoys collaborating as often as possible to create unusual recitals in interesting spaces – including Debussy’s Ariettes Oubliées in the oldest underwater tunnel in the world as part of the “Totally Thames Festival” in London.