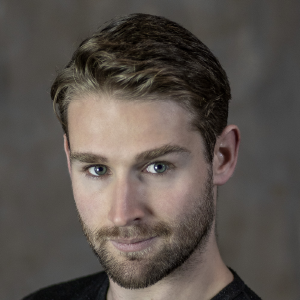 Dunedin-born tenor Chris McRae is a graduate from NASDA (Bachelor of Performing Arts) in Christchurch and more recently completed his training in Classical Voice at the University of Auckland.

Being fortunate enough to be cast in the titular role of a high school production of Jesus Christ Superstar at Kavanagh College led Chris to discover a passion for singing and musical theatre and started him on his journey as a performer. Since then, Chris has performed in a wide range of musical and theatrical genres, from plays and cabarets, to musicals and operas.

In 2015 Chris fell into the world and of classical music has since performed and covered various roles with New Zealand Opera in repertoire such as Sweeney Todd, Carmen, The Mikado, Don Pasquale, Tosca, La Boheme, The Barber of Seville, and, most recently, The Marriage of Figaro.

One of Chris’s most recent career highlights was making his directorial debut with The Last 5 Years with boutique theatre company Three Divas and a Queen.

Whilst maintaining a busy performing schedule, Chris is also completing his Ph.D. in Musicology at the University of Auckland, studying performance practices in contemporary musical theatre. Chris thrives in exploring the crossovers of performance and academia, and when not on the stage or in the studio, Chris can often be found tucked away in the stacks of the university library.