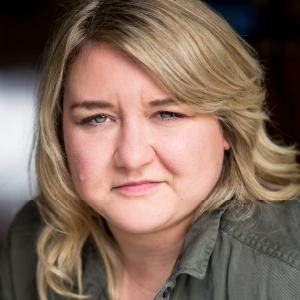 Bryony Skillington is a writer, actor, director, and singer. Born and raised in Manchester, England, Bryony moved to New Zealand in 2001 with her family. Bryony graduated from Toi Whakaari: NZ Drama School (class of 2007) with a Bachelor of Performing Arts Acting. Theatre credits include, five Basement Theatre Christmas Shows, most recently Alex in Basement Theatre’s sell-out season of Le Basement XXXmas Cabaret, The Blind Date Project(Silo Theatre), Not Psycho (Fractious Tash), her one woman show Northern Glow (Basement Theatre), Lesley in The NZ Premiere of Billy Elliot the Musicalfor ATC, Feste in Twelfth Night – winning Most Outstanding Performer of the Year – and The Witch in Into the Woods at Fortune Theatre Dunedin.

Theatre highlights include Doris, the in-house entertainer, in the World premiere of Pleasuredomethe Musical, Deedee in the four-month run of the musical City of the 100 Lovers, Guildenstern and Mistress Overdone in Pop Up Globe’s Australian and New Zealand tour of Hamlet and Measure for Measure. Film and TV roles include The Rehearsal,Shortland Street, Paradise Cafe, Emu, Princess Locke in the Netflix series The New Legends of Monkey, Dead, and adverts for Warehouse Stationery, WooHoo and WorkSafe New Zealand. More recently, Bryony plays Queenie in Jane Campion’s new film The Power of the Dog and as Caramel Apple Lady in Netflix’s TV series Sweet Tooth.

Bryony’s directing credits include Fleshies at Basement Theatre and UNINVITED at Q Theatre for which she was awarded Best Director at 2021 Auckland Fringe.

Her Latest theatre production was Galileo for Auckland Theatre Company at the ASB Waterfront theatre.

She can’t wait to get her teeth into this new production and get back to her trashy heritage.